Precious McKenzie became a weightlifting legend when, after an extraordinary childhood in apartheid blighted South Africa, he emigrated to England and won four consecutive Gold Medals in the Commonwealth Gold Medals.

Fifty years later, Emily Campbell steps onto the Olympic stage and, in a moment described by The Guardian as “surely the most powerful, heart-warming and potentially life-changing story of these Games”, she lifted more than any British woman has ever lifted before.

Pupils from Year 5 and Year 6 have worked with Stan’s Cafe to retell this moving story about overcoming difficulties to succeed. With support from Carys, the children discussed and devised a script to ensure that the inspiring message shone through the production, which included songs, jokes and wonderful acting with lots of cheering from the audience.

We wish Emily Campbell lots of success as she prepares to lift for gold in the forthcoming Birmingham Commonwealth Games 2022. 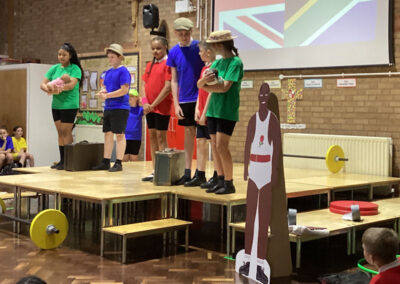 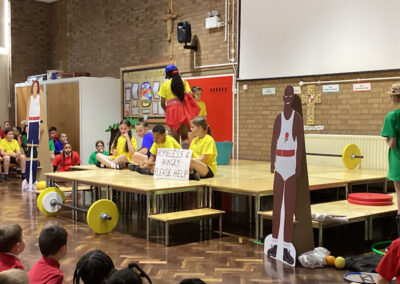 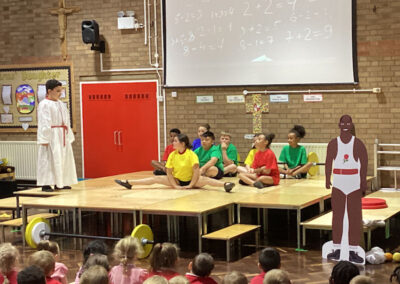 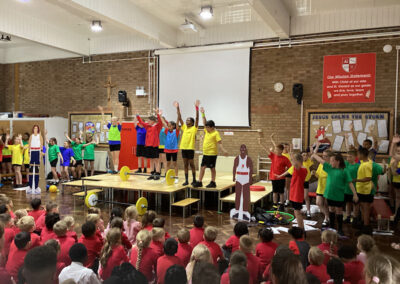 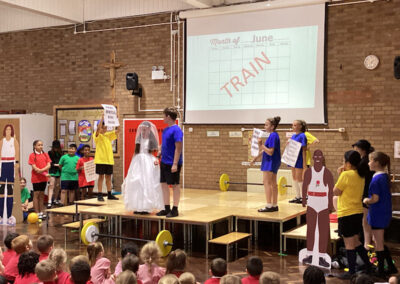 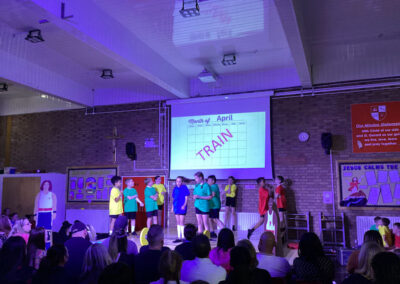 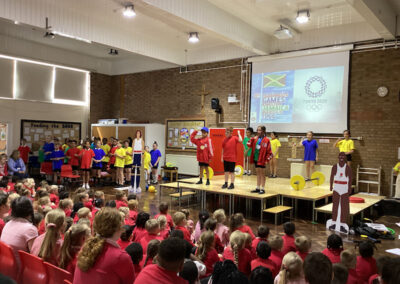 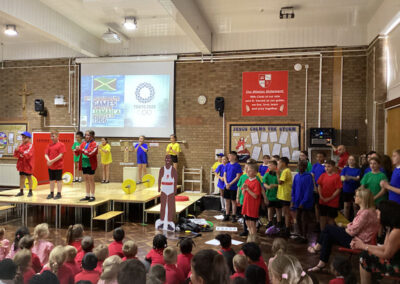