We held our Spanish Day at St Gerard’s. Celebrating a Spanish Day gives our children the opportunity to explore the culture and customs of other Spanish speaking countries in the world.

We all tried some delicious churros with chocolate and dulce de leche (toffee caramel). Each class enjoyed time learning how to do the steps of salsa and mambo.

Nursey explored Perú, its llamas and the Machu Picchu ruins. Whilst, Reception learnt colours in Spanish and were introduced to Barcelona and Joan Miró, they created amazing art in Miró’s style.

Year 1 children were whisked away to vibrant Colombia! Encanto and ‘La familia’ (the family) was the focus for the day.

Year 2 boarded a plane to Catalonia.  As soon as they arrived to their class, Miss McDonald handed them their boarding passes.  They had to find their seat and off they went to Catalonia where they got their creative juices flowing with Salvador Dalí’s Elephants on stilt! They produced some amazing art work.

Year 3 travelled to Barcelona, they created Gaudi’s trecandis mosaics animals. They researched and created a fact file on Barcelona and wrote postcards in Spanish from Barcelona. Bravo!

Year 4 headed off to Cuba. The children designed a 3D fact file, made flamboyant head dresses for the Cuban Carnival and researched the Cuban-American painter and visual artist Carmen Herrera.

Year 5 learnt about The Day of the Dead and its significance in Mexico. Children researched Mexico, created masks, and designed posters with new vocabulary in Spanish. They also made their own nachos, salsa and guacamole… delicioso!

Panamá was the chosen country for Year 6, children discovered facts about Panama and created colourful paper molas. They learnt about the molas made by the Kuna women.

Everyone had an amazing day dressed in the colours of a Spanish speaking country! 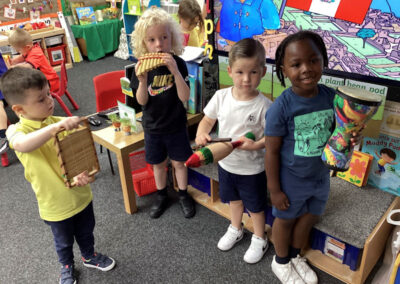 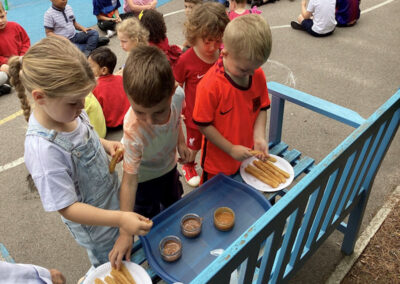 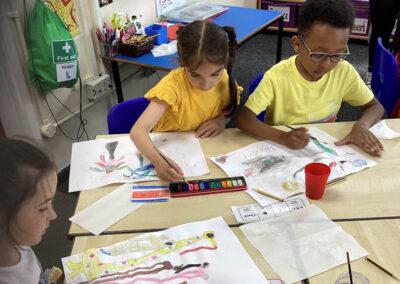 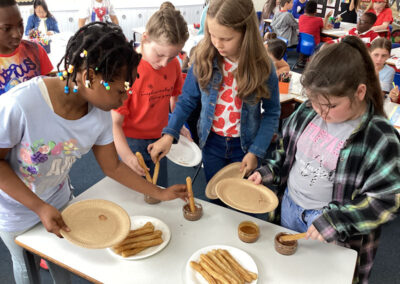 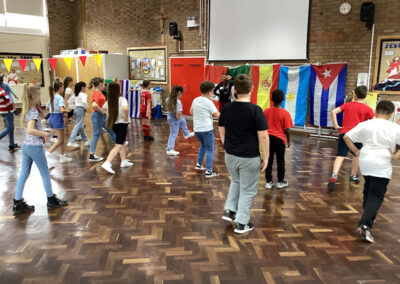 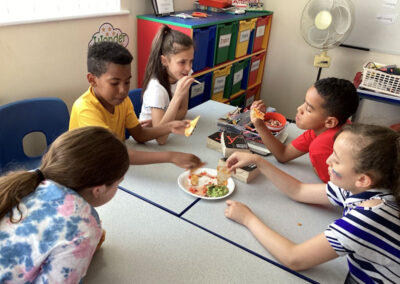 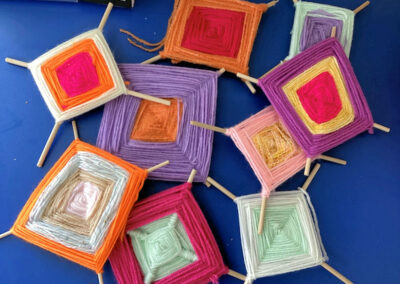 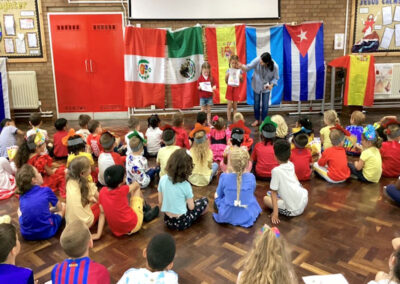